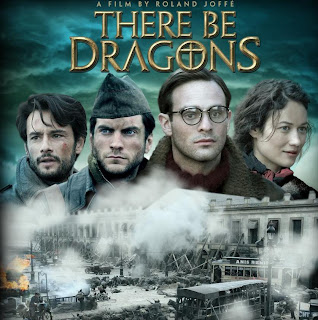 This film is not attractive to me at first glance because it's historical background, Spanish civil war, which I have no idea about.


After awhile, something familiar catches my eyes, strikes and riots when people were starving, protests against the weathy class, the priviliege class (like the priests) and the government. Here comes to the rise of communism.

Commnunism is a proven failure when we review it nowadays. It's as corrupted as any other kind of ‘ism". However, it seemed a way out for desperate people at that time.

A leader of Spanish communism was brave, brilliant, charming and charismatic. However, his failure was so easy. Just a few betrayers and a group of foolish followers were able to nip his team in the bud.


The saint who was a legend suviving the war, was the one who could withhold his evil mind and had an unshakable belief in goodness even in the very trying moments. Besides, he had a coerent team of followers. Not many people, only 10 to 12 students. He was more lucky than Jesus Christ, (or unlucky in some senses that he was not more legendary in history) he did not have any betrayers in his team.
張貼者： Betty 於 5/06/2013 11:48:00 上午