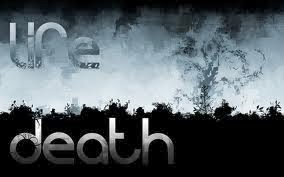 It's Alice Munro's story again. This time the story is more worthywhile to explore because it talks about life & death and religious issues.

Nina came home one day to find her husband, Lewis, had committed suicide. Lewis had lately been diagnosed with serious illness and his health was getting worser and worser.

Lewis was a school teacher of Biology. He believed in science and was an atheist. In the town he was living, there was an uprise of the power of Christianity. One day, his student confronted with him about religious matters in class. Lewis deliberately gave his opinion and that upset the students. This small incidence was like a snowball running downhill, more and more people were getting involved, including students' parents, the press and finally whole population in town. When things turned sour, Lewis was determinded to stand firm, uphold his own belief and resign.

This plot reminds me the life of a great philosopher, Friedrich Wilhelm Nietzsche. He was found to be a genius when he was very young. He didn't believe in God and wrote a few books exploring the topic. He suffered serious physical illness and then mental illness in his forties, and finally died insane.

Nevertheless, the tragetic life of Friedrich didn't devaluate him in the history of philosophy.

There is always a fine line between genius and madness.