Astrology of ME (again) 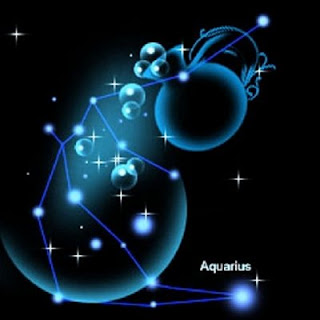 Scorpio Rising
You emanate a strong emotional or sexual force field that can transform your surroundings, be they personal or even global, to a far better or far worse state. Notable examples: Gandhi, Mussolini, Lenin, Stalin, Thatcher. You base your identity on power and influence, and consequently have to wrestle with the dark side of life and of yourself. Failure to do so creates an unpleasant atmosphere.

This dark side should be exorcised artistically or psychotherapeutically or through sexual love - or a combination of these. You need a stable and resolute mate to balance out this intensity, but as if you are seeing life through X - ray eyes, and indeed you are able to see beneath surface appearances. In addition, or alternatively, you somehow "cloak" your true feelings and identity, as if you had something you'd rather not have seen by others - or yourself for that matter.

All this matches or creates your strong sexual vibration and sense, and gives you the ability to become quite unnoticeable, yet still emanate that intense atmosphere. You like secrecy and all that it involves. As such, you make an excellent confidante for possessing a secret, this far more enjoyable to you than spreading gossip. However, your secrecy could be expressed as keeping your deepest doubts to yourself, with the consequence that no one can really get close to you, which is actually what you desire deep down.

Pluto is your Ruling Planet, which governs the link between your exterior being and your interior being.

Sun in Aquarius
Your essential purpose in life is to view and approach all things in an impartial and humanitarian way. In so doing, you hope and intend to liberate yourself and others from guilt, fear and conditioning. To enable you to accomplish this, you are emotionally detached to one degree or another.

If you like, you choose to not even recognize your own or others' emotional shortcomings - or if you do you shrug them off or distance yourself from them in some way. Being such a cool observer of life inclines you to being a natural psychologist, therapist, scientist - or simply a good friend.

However, this distancing of yourself from awkward emotional areas that reflect your own discomfort can have the effect of divorcing you not only from them, but also from some of your best qualities. Consequently, you stand in danger of being someone who has been processed and packaged by what you think should be you, rather than what actually is you. Others find it very hard to relate to this, then get very emotional, and cause you to do more of the same!

When you eventually immerse yourself in the pool, well or cesspit of your own rejected feelings, you lend a power and conviction to your outward expression that convinces influences - and liberates - both yourself and others. The reason for this is that others, and your emotional self, can then identify with you.

Moon in Libra
Your reigning need is to have a partner, to have people around you, to have definite social position. In order to satisfy this need you have an instinct for what pleases and possess, or acquire, talents for things like cooking, decor, fashion, entertaining or anything that introduces a sense of harmony or togetherness to a situation. Perversely, not trusting this social sense can make you rather anti-social.

Your weakness is that you become so dependent upon life being "nice" and "pleasant" that you find it hard to confront the darker or less attractive parts of your personality. And because you do have grace and charm it is all to easy to maintain a superficial sense of things being all right. It is quite likely that this need to please has its roots in your having felt that you had to please your mother, father or whoever brought you up.

The irony is that your overriding need for a partner ensures that sooner or later you do have to face what it is about yourself that is not at all easy to relate to - either because you have lost a partner or cannot find or keep one. An important advance is made when you have a partner with whom you can rationally discuss your mutual shortcomings without feeling rejected or unattractive - which is basically what you're so sensitive about.

Having confronted this issue, you then discover that your talent for making others, and therefore yourself, feel good is increased a hundredfold because feeling at ease with your own dark spots enables others to feel at ease with theirs. Ease indeed.

Yours is a sensitive mind that absorbs information rather than consciously learning it. Ideas and solutions seem to "surface" rather than actually being worked out and this process of "metal osmosis" sometimes cause you to be unsure about whether it's your own mind that's doing the thinking. If you're happy to let your mind be a kind of nozzle, which directs the stream of pictures and words that issues from your fertile imagination, then you'll be happy with what you do and say. If, however, you have the notion that you must be in logical control of your thought processes, you become adept at poking at the blind-spots and irrational ideas of others - because they seem to threaten your own concept of metal order. But sooner or later, your imagination will demand its due; that you express your dreams and confront your own doubts in a creative or honest way - otherwise you'll be driven even further, possibly to suppressing them unhealthily with drugs or alcohol, or with an even fiercer rationality.

You view love and art, and the values concerning them, very much in a traditional light. Unless something or someone is tried and true through the passage of time you're not likely to truest your sentiments, talents or possessions with them. This inflexible dependence that you have upon fidelity, constancy and "work well done" ostensibly makes for your being quite reliable as you give value or money or time spent on you or paid to you.

But your insistence upon trustworthiness can become a blind to your own emotional shortcomings, that is, a distrust based on subjective fear rather than objective conclusion. What can ensue from this is either you or your partner suddenly being very unreliable; or your being without anyone at all; or severe limitations materially as a result of not giving more of yourself to the world; or marrying or being married for money or status rather than love. Track down the cause of any deep distrust and then you and others will be as reliable as you think you and they ought to be.

You assert yourself best when performing as part of a group, or in the name of some collective goal. Without this you can rather indolent because you cannot find it in yourself to go it alone - and neither do you want to be just another unit in the human mass.

What initially get you going and sets you off on the road to self - confidence is having to rebel against, or break away from, something or someone which is hemming you in. You also like a sexual relationship to have a liberating effect upon you. In fact, you may enjoy sex more as an act of freedom than as an act of love or desire.

Faith for you depends upon how much you believe in yourself. Ideally, your sheer existence should be a testament to your own worth so you could say that cultivating an enthusiasm for yourself is your key to confidence and growth. There is a danger here of self-importance, but in some ways this is better than being falsely modest or shrewish.

However, as much as your sense of largesses can lead to great displays of generosity and wealth, it can also lead to biting off more than you can chew. Then again, thinking or acting small could find you equally pressured to pull something extra out of the bag. There comes a time for you when the nature of magnanimity has to be expressed - and properly understood.

You are learning to distinguish between essentials and non-essentials, between what is "good" and what is "bad" for you. Such tests as these can drive you to extremes of self-denial and self-indulgence by way of compensation. At times your conscience is like an altar at which all desires for Earthly pleasures are sacrificed; at other times you busily set about desecrating it.

In order to alleviate this possible confusion as you seesaw between your purist intentions and your more realistic physical and emotional needs, I suggest that you allot definite or equal amount of time and energy to both work and periods spent alone, as well as to pleasure and social activities. Avoid taking yourself to task to an almost masochistic extent when you fall below your standards. At the same time though, it's true that your task is to stick to your guns over matters of health and work.

You belong to a generation (born during the mid 1970's to early 1980's) whose intention was to reform attitudes towards sexuality and intimacy, as well as other kinds of hidden power. During this period these elements of life started to reach a critical state, be it the advent of dangerously defiant sexual freedom or nuclear power station blowing up. Mt St Helens, the volcano in Washington State, also blew its top in 1980. Because of all this your generation is basically having to wake up to what power actually is.

You belong to the Neptunian generation born between 1970 and the mid 1980's. As this generation came of age, confusion was experienced with regard to what was right or wrong. The underlying reason for this was a want of distinction between the Law of Man and the Law of God. In other words, this generation, and the time they growing up in , had to contact a more spiritual and less material, yet at the same time practical, mean of directing human morals and appetities. A real sense of the divine or the quantum begain to emerge now.

You are a member of Plutonian generation (1971 -1984) that grew up into a world where revolutionary changes began to take place with regard to marriage and social values. Being a child of a single parent family would be a typical example of your generation's social conditions.

In any even, you grew up in an atmosphere of great uncertainty as to what social justice and the social norm where. Evetually, as a generation, you are re-writing the social rulebook, which unavoidably means being without, or refusing to observe, the old rule book.

Leo at the Midheaven

Your life and identiy are best found and expressed through some position of prominence and authority. You do not want to be an "also ran". Studying the qualities of your Sun by Sign, House and Aspect will reveal much concerning the nature and success of your professional life.

It's important that you stand proud in the face of the public and the world at large. Your ego wants (and needs) to be put on the line. Your target is one of being seen to shine - and your mother was probably very instrumental in showing you how to do this, or how not to - or she may have (tried to) eclipse you in some way.